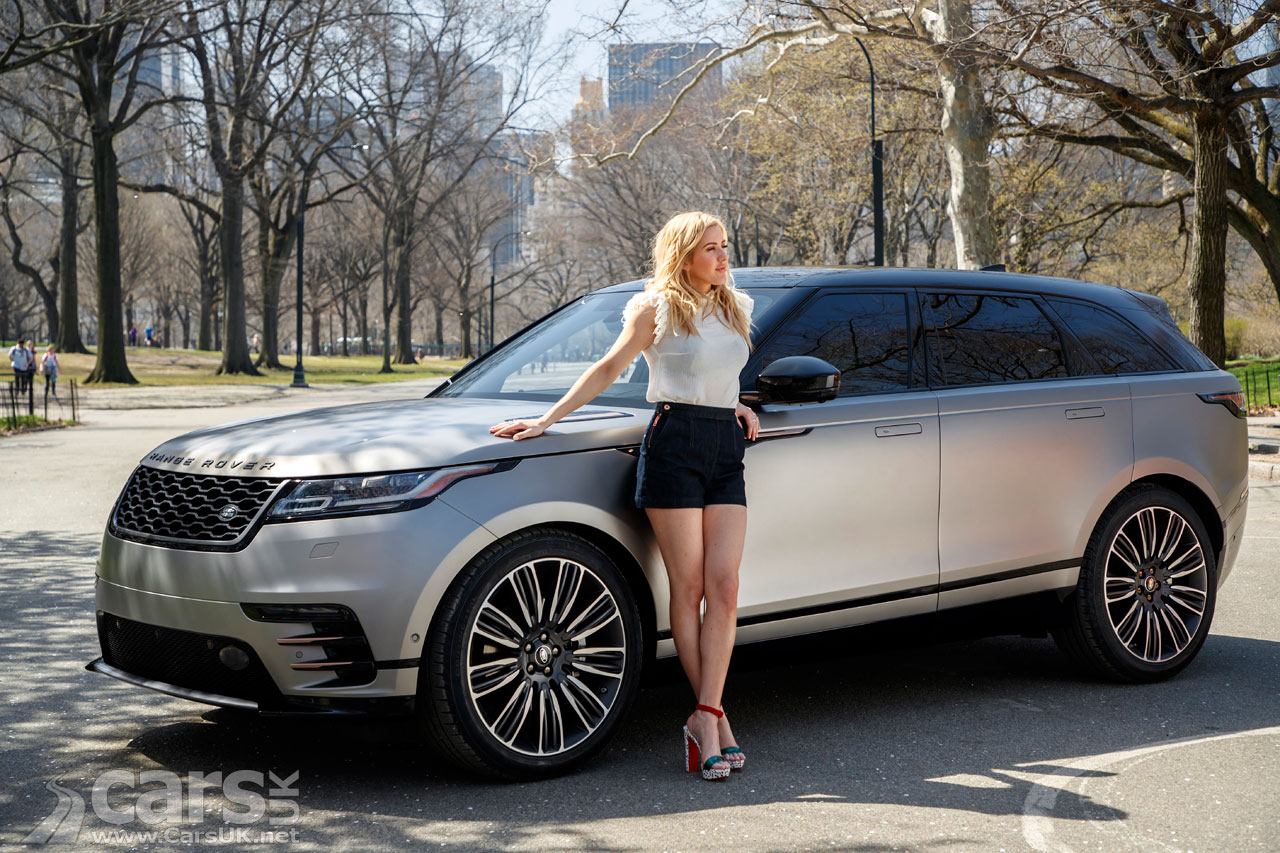 The new Range Rover Velar has made its US debut at the New York Motor Show, with Land Rover enlisting Ellie Goulding to give the Velar added glamour.

The new Range Rover Velar may have had its world debut at the Geneva Motor Show last month, but Land Rover has pulled out all the stops for its US debut at the New York Motor Show, including building its debut around songstress Ellie Goulding.

Designed to fill the gap between the Evoque and Range Rover Sport (a line that’s starting to sound a bit boring), the Velar also takes the Range Rover’s design in a new direction and delivers perhaps the most style-driven, road-focussed Range Rover to sate in the process.

With engines from a 177bhp 2.0 litre Ingenium diesel up to a supercharged 3.0 litre V6 with 375bhp (although we’re likely to see engine updates and additions during its life) the Velar starts at a reasonable £45,000, although most buyers will spend north of £60k – and you can get close to £90k without trying too hard.

Land Rover’s launch of the Velar in New York saw Ellie Goulding’s New York Show precede a charity auction of the first US Velar, with all proceeds going to the East Side House Settlement which provides education and social services in the Bronx and north Manhattan.

Ms Goulding was the first (outside Land Rover) to drive the Velar at the US launch, also treating the throng to to rendition of Love Me Like You Do, as Land Rover gave New York – Range Rover’s biggest single market – its first look at the Velar.

I have always been a big Range Rover fan and it was a pleasure to be a part of its launch here in the US. Even more rewarding to be supporting a local charity that improves over 10,000 lives every year in one of my favourite cities.

And if you’re in the US, the new Range Rover velar is now on sale from $50k (but expect to spend far more).

Looking for a Recommended Independent Land Rover Specialist to care for your car?