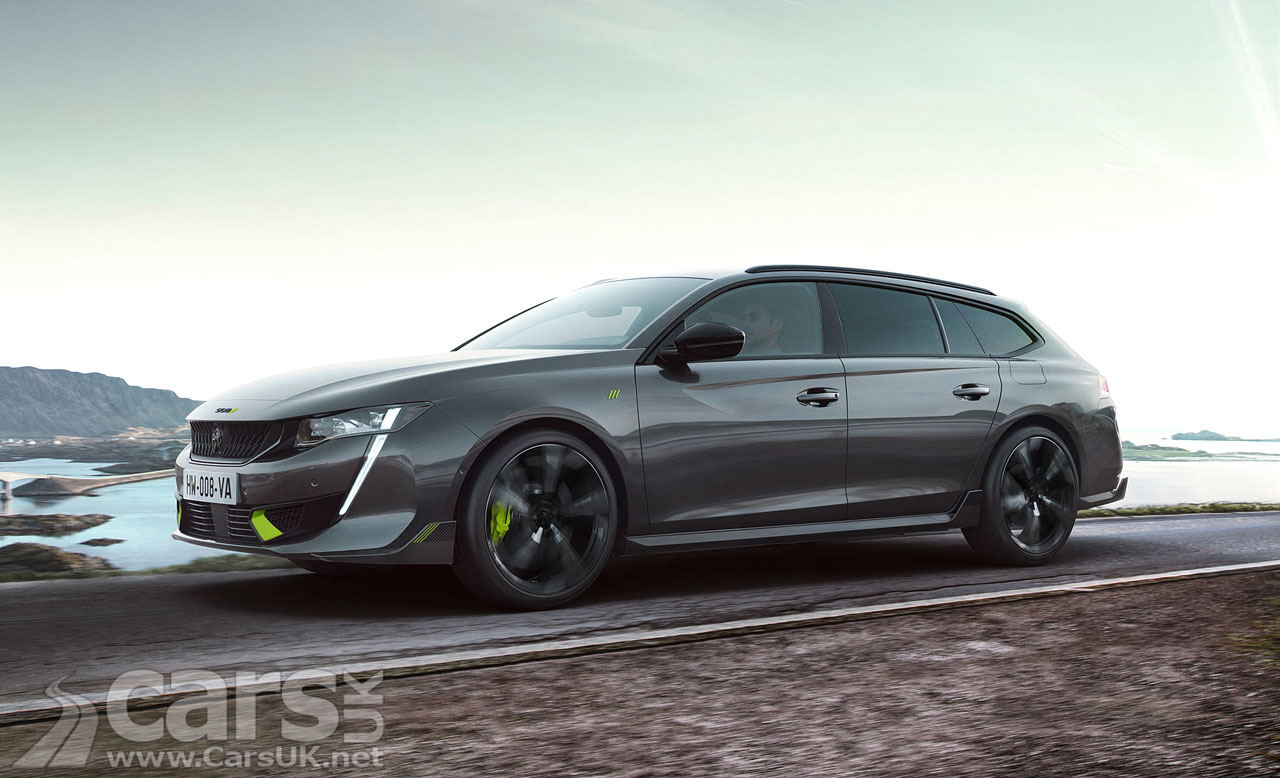 Peugeot 508 Sport Engineered arrives as a production take on 2019’s 508 PSE Concept, a plug-in hybrid performance model at the top of the 508 range.

At the Geneva Motor Show in 2019, when we still had motor shows, Peugeot arrived with the 508 Sport Engineered Concept, a plug-in hybrid performance take on the regular 508. And now it’s arrived as a production model as Peugeot look to create a new range of Sport Engineered models.

Not quite as powerful as the 400bhp concept, the 508 Sport Engineered nevertheless delivers a fairly potent 355bhp and 384lb/ft of torque from its combination of a 2.0 litre ICE and a pair of electric motors, enough for a lively sprint to 62mph in 5.2 seconds and an EV range, officially at least, of 26 miles.

The production version looks almost exactly the same as the concept, including bright green ‘Kryptonite’ highlights, with 20″ alloys and butch sills and bumpers and wider track to signal its intent, re-calibrated steering, variable dampers and big brakes. It will be available in Selenium Grey, Nera Black and Pearl White.

You get the choice of five driving modes, with Electric, Comfort, Hybrid, Sport and 4WD, promising a mode for every need.

The Peugeot 508 Sport Engineered is also available as an SW model (Estate) but no news yet of when it goes on sale or how much it’ll cost.