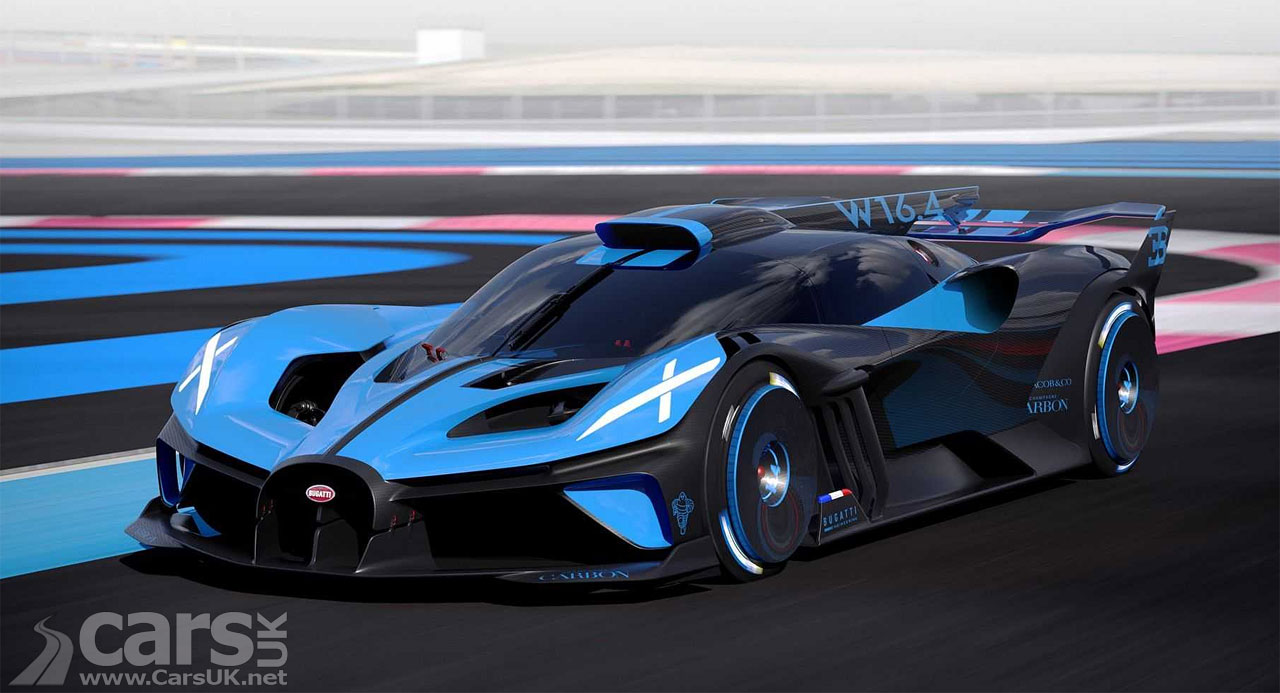 The Bugatti Bolide is revealed as a 1825bhp track car promising a top speed of more than 311mph and the ability to lap Le Mans in record time.

There is speculation, still rife, that VW are going to flog Bugatti to Rimac as the car world changes and massively expensive ICE hypercars become anachronistic. But if they are, that hasn’t stopped Bugatti coming up with a new car – the Bugatti Bolide.

Looking little like anything Bugatti has delivered before – in its current iteration or its storied past – the Bolide is a monster of a car yet weighs just 1240kg and sits under 40″ high (just like Ford’s original GT40) with a shape-changing roof scoop to gather air, big ‘X’ lights and looking like it should be blasting round Le Mans.

Power comes from the normal 8.0 litre W16, but here Bugatti has managed to yield a ludicrous 1825bhp thanks to new quad turbos and the use of 110 octane fuel, in a car weighing just 124okg – about Ford Fiesta weight.

So much power in a car of that weight means performance is impressive. with Bugatti promising 0-62mph in 2.17 seconds and 124mph in 4.36 seconds, and a top speed of over 311mph.

Bugatti also say the Bolide will lap Le Mans in 3 minutes 7.1 seconds and the Nurburgring in 5 minutes 23.1 seconds.

But none of this is ‘really’ real, with all the figures theoretical and no decision about whether to actually build the Bolide made.

But it’s all good PR.