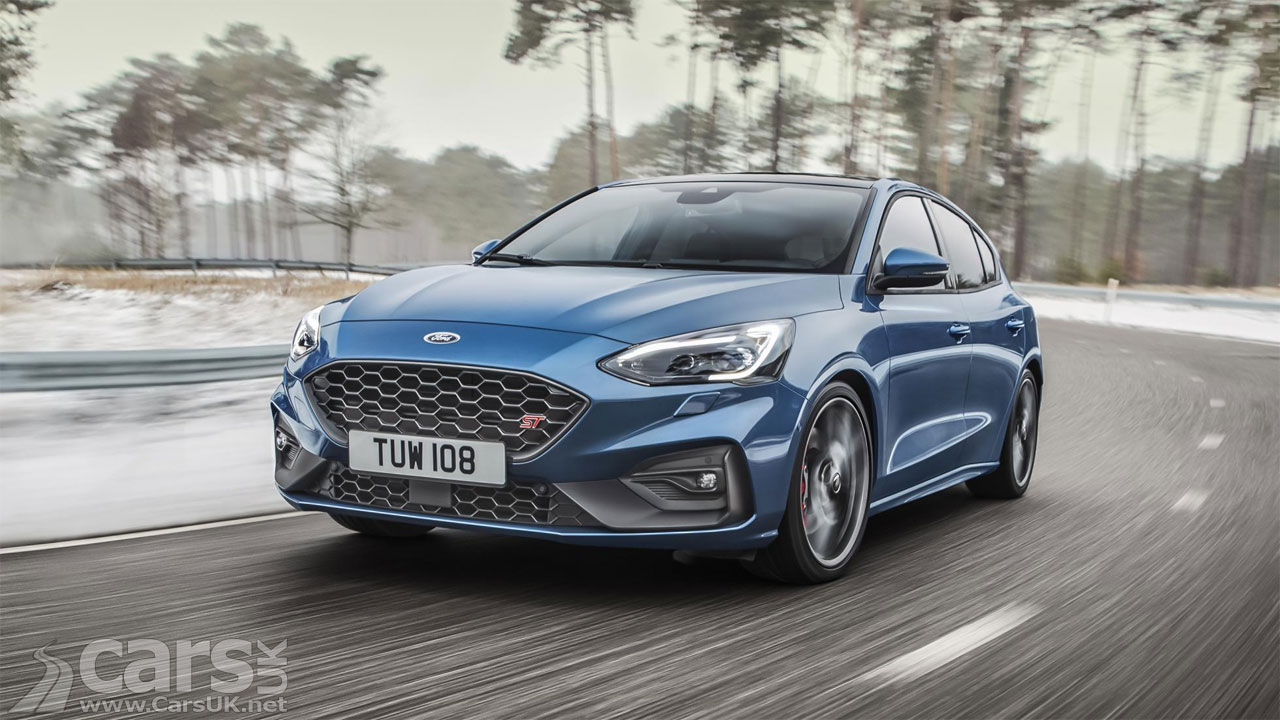 The new Ford Focus ST arrives, offering a choice of petrol or diesel versions – in Hatch or Estate bodies – with the petrol ST delivering 276bhp.

The new Ford Focus ST has arrived as Ford delivers a new generation of its not quite an RS performance Hatch (and Estate), and it’s got a lot better.

Sadly for the ST, it will always live in the shadow of the Focus RS, so, unlike the Fiesta ST, it’s never really judged on its actual abilities, but as a lesser RS. Still, the new ST has moved the game along.

It now gets 276bhp and 310lb/ft of torque from its 2.3 litre Ecoboost petrol, figures which are up there with the Hyundai i30 N, which, say Ford, mean a sub-6.0 seconds 0-62mph, and it gets turbo-lag boosting tech and an electronic limited slip diff. Well, it does if it’s the petrol; the diesel ST gets brake-based torque vectoring instead,

But stick with the petrol ST and you can also have the Performance Pack which adds rev matching for the manual gearbox (7-speed auto optional), launch control and continuously controlled damping too. Oh, and there’s a ‘Track Mode’ too.

The ST sits 10mm lower than the run of the mill Focus and is a bit stiffer, and the steering is a bit quicker too, with bigger 330mm discs at the front and an electronic brake servo behind 18″ alloys (19″ are an option).

If you really want an ST and don’t want the petrol, Ford will give you the ST Diesel in Hatch or Estate guise too, complete with a far less appealing 187bhp and 295lb/ft of torque.

For hasn’t released prices for the new ST yet, but as it’s moved on a bit expect prices to follow when it goes on sale in the summer.