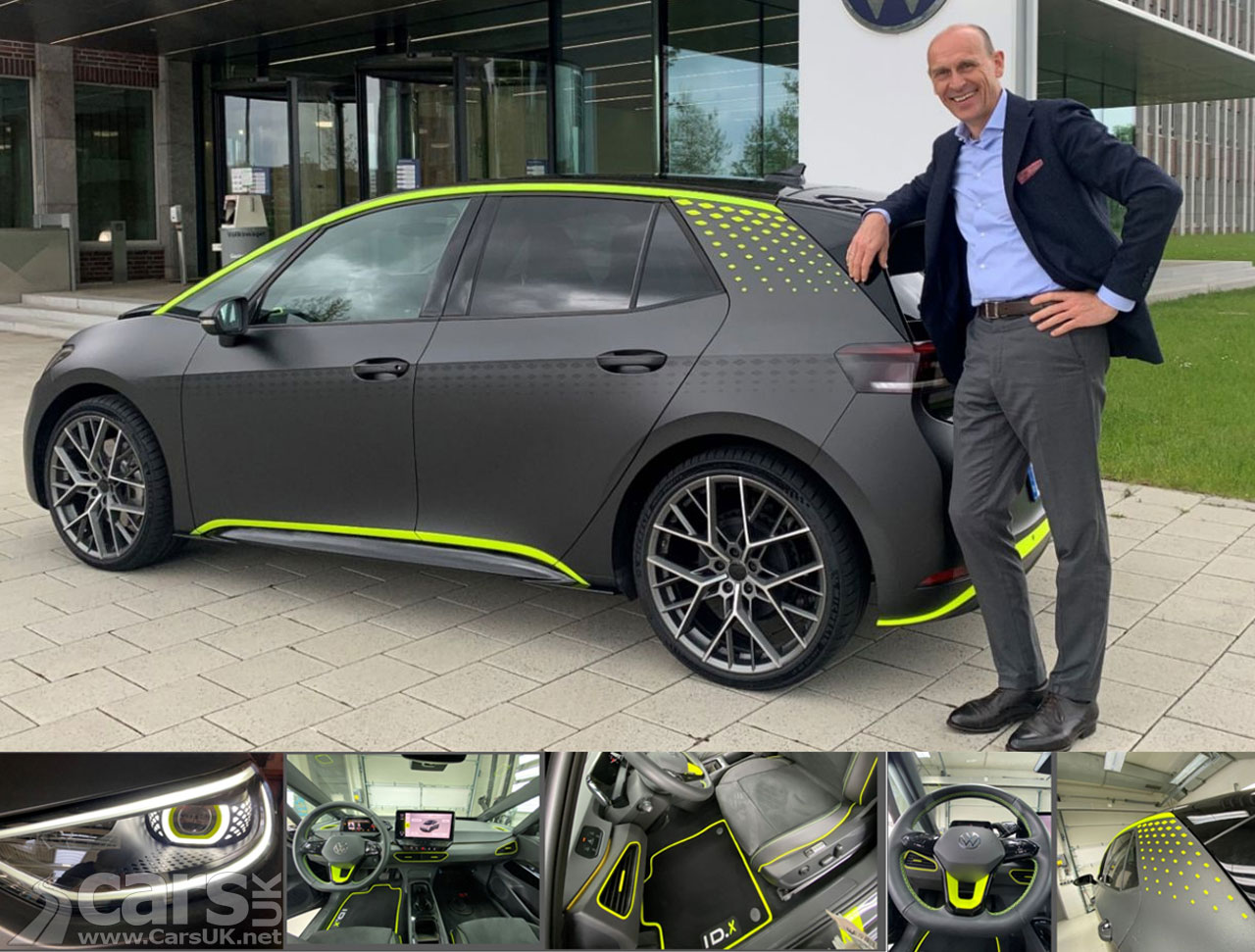 VW boss Ralf Brandstatter takes to his LinkedIn account to reveal an ID.3 hot hatch concept – the ID.X – with 329bhp and 4WD.

Volkswagen has been churning out the electric ID.3 for a while now as it strives to turn the world on to EVs, and added the ID.4 as it seeks to take its mission global with an electric SUV.

We’ve also started to see the arrival of electric VW ID models offering a bit of performance and sportiness in the ID.4 GTX – the first ID model to sport the new GTX moniker – but, until now, nothing has arrived to replace perhaps the most iconic car in VW’s stable – the Golf GTI.

Now, although billed as only a concept, we get to see the VW ID.X Concept, revealed by VW boss Ralf Brandstatter on his LinkedIn account, which shows us what an electric VW hot hatch could offer if (when, really) it gets made.

VW has taken the ID.3 and added a paint job of grey with screaming green highlights, shoved on a set of big alloys, fitted ‘ID.X’ bucket seats, thrown in the 77kWh battery from the ID.4 – and its 4WD – and upped power to 329bhp. Which means 0-62mph in 5.3 seconds – and a drift mode for playtime too – with the revelation that the ID.X weighs 200kg less. Somehow.

Looking for a Recommended Independent VW Specialist to care of your Volkswagen?