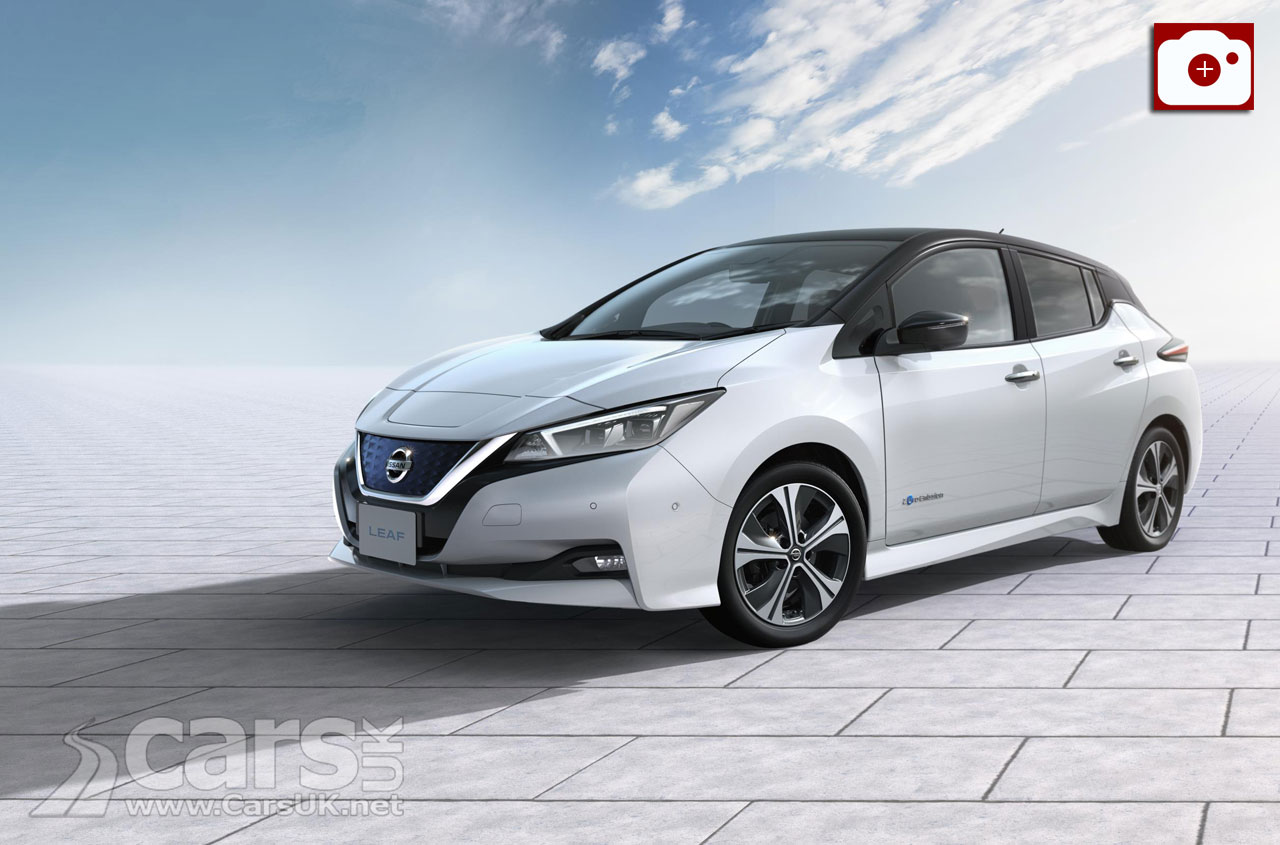 The new 2018 Nissan LEAF has been revealed boasting a new, less quirky, look, plenty of advanced technology and a range increased to 235 miles.

It’s eight years since the Nissan LEAF arrived as a rather odd looking hatchback, and a pure battery electric powertrain.

It’s gone on to persuade getting on for 300,000 pioneering car buyers that electric propulsion for cars is the future, but now it’s time for the difficult second album – the 2018 Nissan LEAF.

Revealed today ahead of a public debut in Frankfurt next week, the new LEAF comes of age with a design which no longer shouts ‘Look how odd I look’, but looks like a sleek, slightly pointy, modern family hatch.

Apart from the new mainstream design, the big news for the LEAf is probably the big increase in range, with a new 40kWh lithium ion battery pack promising official range of 235 miles (and with a bigger battery option and more range to come later in 2018).

But if the increased range is the new LEAF’s headline act, it’s got a very strong supporting bill with lots of new technology.

Much of that revolves around Nissan’s ProPilot autonomous technology, a clever ‘Cruise’ function which lets you set a speed which the LEAF will maintain, but also keeps you in lane and the right distance from the car in front, varying its speed as needed all the way down to a full halt.

There’s also ProPilot Park which uses a quartet of HD cameras and a dozen ultrasonic sensors to park for you – parallel or perpendicular and even in angled bays – forwards or backwards.

Also in the technology mix is Nissan’s trumpeted e-Pedal, which allows you to use just the throttle to accelerate and brake (almost all the time) by harnessing the LEAF’s regeneration function to slow down.

Inside, the new LEAF has become much more mainstream too – if you’ve been in anything new from Nissan recently it’ll all look quite familiar – and although the gear knob sticks out of the dash the rest is normal – but with blue stitching.

Toys include a 7″ infotainment screen, Apple CarPlay, Sat Nav which tells you where you can recharge, and all the safety stuff you’d expect from a properly 21st century LEAF.

The new Nissan LEAF, with its improved autonomy range, combined with the evolution of autonomous drive technology, such as ProPILOT Park and the simple operation of the e-Pedal, strengthens Nissan’s EV leadership, as well as the expansion of EVs globally. It also has the core strengths that will be embodied by future Nissan models.

The new Nissan LEAF will be on sale from January 2018. No prices have been revealed.