You are here: Home / Car News / Hummer is BACK with a 1000bhp MONSTER Electric Truck 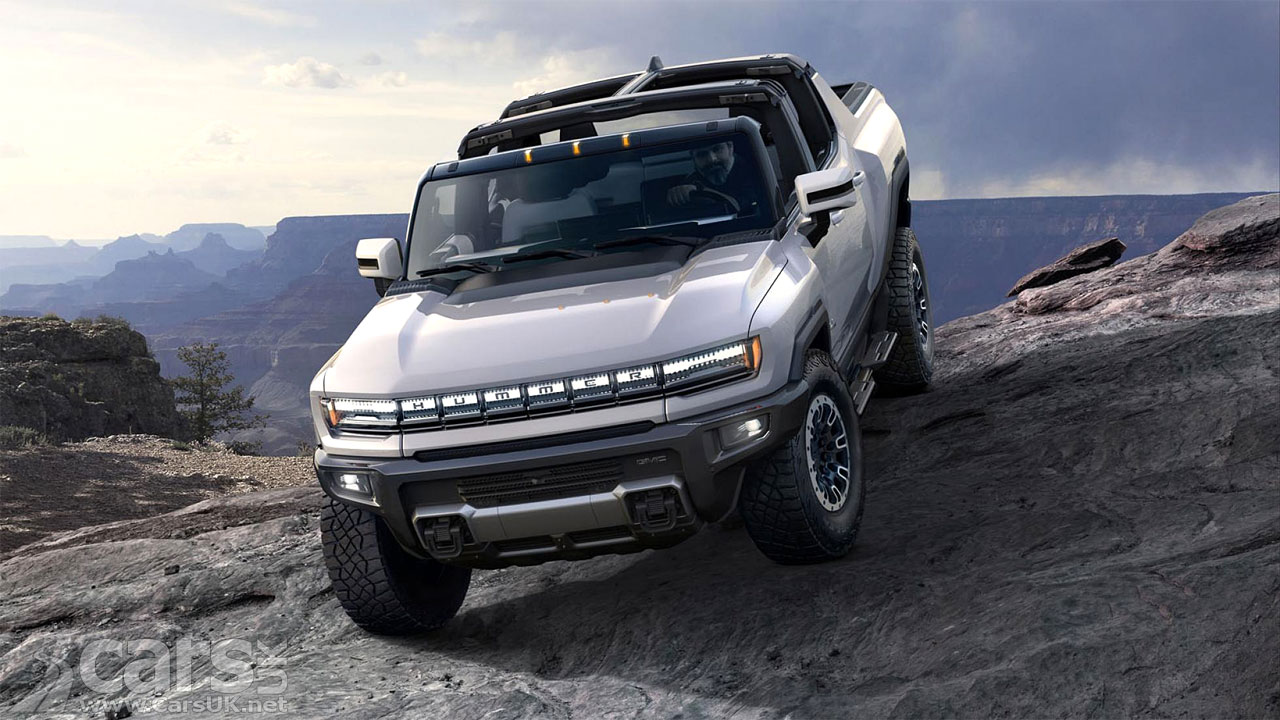 Hummer started out as a military vehicle built by AM General – the Humvee – before spawning a civilian version with the familiar Hummer name – selling the first two to Arnold Schwarzenegger who had lobbied hard for a civilian version – and then selling out the Hummer brand to GM in 1999 but continuing to actually build it.

The Hummer became the Hummer H1 as GM added a couple of (best forgotten) models based on its own platform (H2 and H3), but by 2006 the game was over for the H1 as the world fell out of love with monster pick-ups.

GM tried to flog Hummer to the Chinese in 2009, but the deal never went through and GM just shoved Hummer on the shelf. But now it’s back with a new electric monster truck as electrification gives Hummer a reason to be once again.

The new Hummer EV comes with GM’s ‘Ultium’ batteries powering a trio of electric motors good for around 1,000bhp and a quoted 11,500lb/ft of torque. But that figure is a bit misleading and the ‘real’ torque figure is probably around 1000lb/ft. Which is enough.

GM say the Hummer EV will be good for a 3.0 second 0-60mph dash (which will be a frightening sight), gets 350kW charging to grab 100 miles of juice in ten minutes. has 35″ tyres, adaptive air suspension, thick steel underbody protection, a ‘crab’ mode and much more.

But it’s worth remembering that an electric Hummer already exists after Arnold Schwarzenegger got one built in Austria in 2017.

This new Hummer EV will arrive in 2022 with a price tag of around £95k, with less powerful versions arriving later with a lower price tag.

Will the new Hummer EV make it to the UK? No chance.