General Motors has said it will not allow its technology used by Saab to be sold to the Chinese. That means no Saab 9-4X or Epsilon Platform.

Last week we had the first reaction from GM to the announcement that Saab was to be sold to China’s Youngman and Pang Da. And it wasn’t positive.

GM said they would not support the sale of Saab to China if it impacted on GM’s business in China, or affected its sales throughout the rest of the world.

And that was an important statement from GM, because Saab relies on GM technology for its cars and licences the technology from GM. Without GM onboard with the sale to China – as the technology owner and a preference shareholder – Saab doesn’t really have a business to sell.

GM has now gone a step further, and has said that it will not permit the transfer of technology licences to Panga Da and Youngman, specifically the Epsilon platform which underpins the Saab 9-5, and the Saab 9-4X, which is basically a Cadillac with Saab badges.

GM say they have no problems – subject to the renegotiation of licences – with supplying a China-owned Saab with components and power trains. But the Epsilon Platform and the 9-4X are not available. Which wipes out all of Saab’s modern range.

All of which puts Saab back to square one. Without GM’s products and technology, it has little to sell. We had an email in from Saab last night saying:

Swan and Saab Automobile acknowledge the position taken by General Motors and will now discuss with Pang Da and Youngman to see whether a structure can be agreed which is acceptable to all parties concerned.

Saab is now between a rock and a hard place. Again. 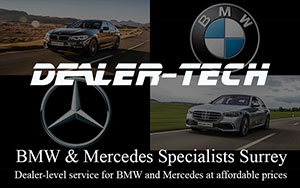