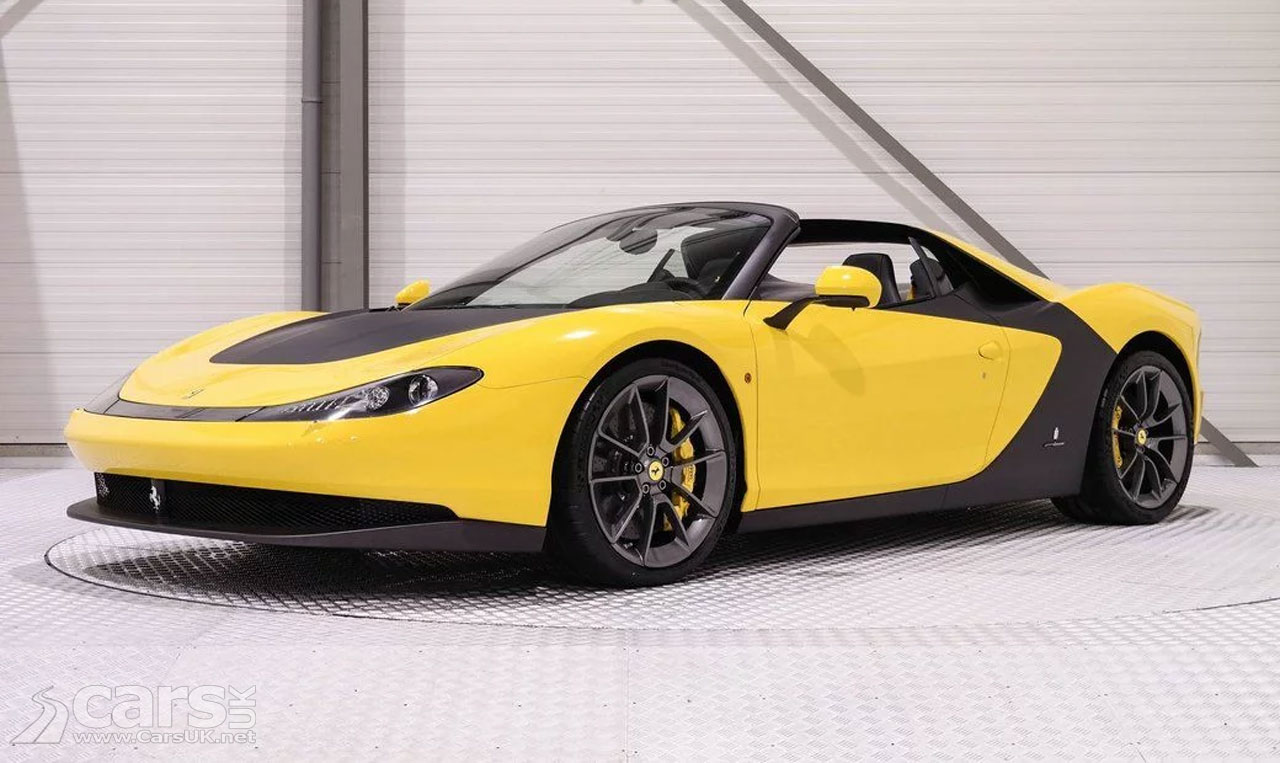 A Ferrari Sergio, one of just six special 458 Spiders with 458 Speciale underpinnings, has come on to the market for the first time, with a price tag of around £4,000,000.

Ferrari and Pininfarina have a long history, and when Pininfarina came up with a Ferrari 458 special in 2013 – the Ferrari Sergio – the response was so good they built six of them.

Really a combination of the 458 Spider and the 458 Speciale, the Ferrari Sergio (named after ‘Pinin’s’ son) is endowed with Pininfarina design tweaks and comes with the 597bhp 4.5 litre V8 from the 458 Speciale, enough to get to 62mph in 3.0 seconds.

Stiffer and lighter than the 458 Spider, the Sergio was built by Pininfarina in Cambiano – with Ferrari’s full co-operation – and the makeover includes bespoke design elements both to the exterior and interior.

But now, for the first time, one of the six cars has come on to the market, although it’s gone up in price a chunk since it was sold by Pininfarina, with the asking price now getting on for twice what it originally cost.

That’s probably enough to buy a trio of LaFerrari Apertas, assuming you were invited. Although not quite enough for a used one.