Mitsuoka is not a car company many people will have heard of. It’s a small Japanese car maker that turns out cars that are, in essence, an homage to the great British marques of the past.

The current Mistsuoka range contains, amongst others, the Viewt, which is a MKII Jag look-alike, and the Galues, which pays homage to Rolls Royce. And now they’ve launched a new car – The Himoko Roadster – which is to all intents and purposes a Morgan.

You’ve got to love these cars. They make no pretence at being original, just a modern take on a traditional theme. And the basis for this new car is the Mazda MX5. Seems an odd starting point for a ‘Custom’ Car? Not at all. 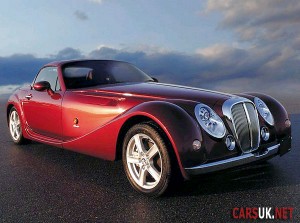 The MX5 is the closest you can get to those great British Classic Roadsters of the past, such as Austin Healey, Triumph TR and even Lotus. We don’t make a UK Car like that any more. Our cottage car industry tends to concentrate on psuedo-supercars, some of them very good, but not much in the classic tradition.

So the Himoko is a traditional, fun roadster. But it’s not in the same affordability range as the donor MX5. If you could get one here it would probably cost in the region of £50k (which would jump by at least £15k by the time you shipped it from Japan), so it’s pushing in to Morgan Aero 8 territory.

Not cheap, but you’ve got to admire the Himoko Roadster.