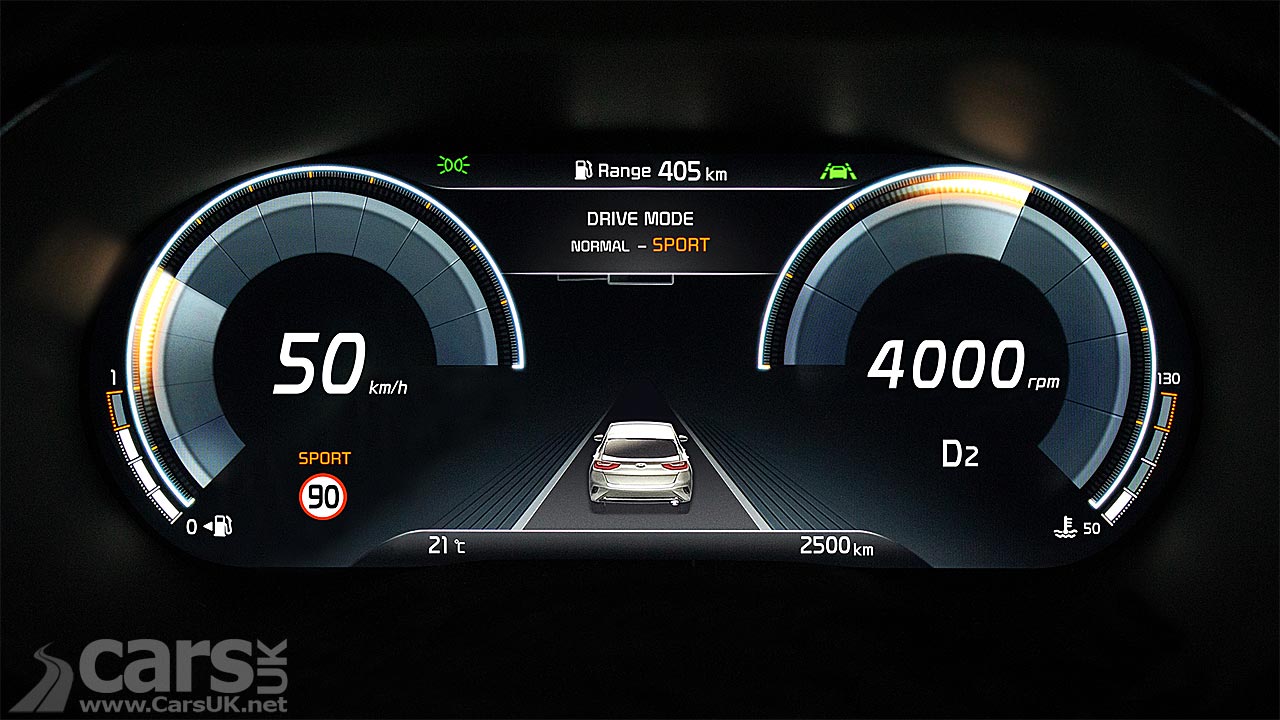 Kia reveals a new 12.3″ digital instrument cluster for the new XCeed Crossover which will get its official debut on 26 June.

We’ve sort of had the official reveal for the new Kia XCeed Crossover – Kia’s ‘SUV’ take on the popular new Ceed, although all Kia managed to reveal was a single side view shot.

So we’re in for a slow reveal for the XCeed, and today’s installment is the reveal of a new digital instrument cluster which will be available on the new XCeed, a digital instrument panel likely to show up across Kia’s range in time.

The new 12.3″ digital instrument panel comes with a high resolution – 1920×720 pixels – and replaces the normal speedo and rev counter, with a multi-function display between the two which can display Nav instructions, audio info, call details and contacts and trip information, as well as alerts and a Driver Attention warning.

When you park up and switch off the panel delivers a graphic of the XCeed in motion and displays a summary of the journey, including time and distance, economy and remaining range and fuel level.

Our new Supervision digital instrument cluster is one of a number of optional new technologies that will be available with the Kia XCeed. Boasting a wide range of features, particularly on higher-specification models, this cluster will play an important role in displaying critical information to the driver in a clear, unobtrusive way. It will be adapted for other Kia models in future, as we seek new ways to display useful and critical information to drivers on-the-move.

Kia say the new digital instrument panel also future-proofs the XCeed as it allows future developments to be incorporated as they arrive.