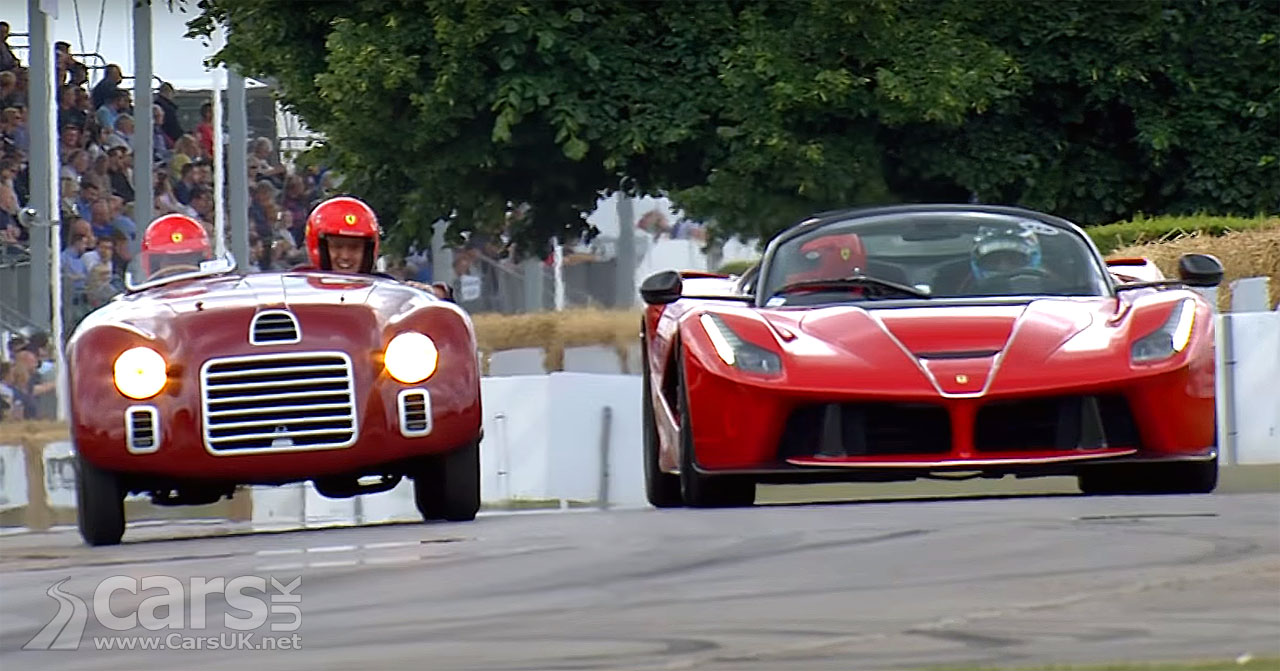 The Goodwood Festival of Speed is celebrating Ferrari’s 70th birthday, part of which is the LaFerrari and Ferrari 125S tackling the Goodwood hillclimb – together.

The Goodwood Festival of Speed is celebrating Ferrari’s 70th this weekend, and what better way to do that than run a pair of iconic Ferraris up the hillclimb?

But rather than put a pair of Ferrari’s finest, and latest, cars up the hillclimb together, Ferrari decided nothing would illustrate the past 70 years better than a pair of Ferrari timeline bookends.

That meant taking the very first Ferrari – the 125S – and flagging it off the starting line alongside Ferrari’s latest hypercar, the LaFerrari Aperta.

The little Ferrari 125S arrived in 1947, and just like the majority of Ferraris since came with a V12 engine, rear wheel drive and even a five-speed gearbox.

Alongside the 125S was the LaFerrari Aperta, the open-top take on Ferrari’s current hypercar, and boasting a V12 too, but with a bit of electric help.

Unlike the 125S, the LaFerrari Aperta comes with power which is very much modern supercar, boasting 789bhp from its V12, supplemented by an additional 161bhp from its HY-KERS electric assistance for a total of 950bhp. Just a bit more than the 125S.

Clearly this was never going to be a race up the hillclimb, but it was a perfect demonstration of 70 years of Ferrari history.